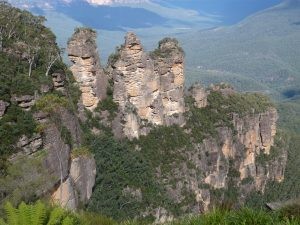 Australia is the largest of islands and smallest of continents.

Located in the Southern Hemisphere, south of Asia, the Australian coastline is 36,735km long and is lapped by three oceans and four seas. About 40% of the continent is in the tropics.

Australia is almost the same size as mainland USA and half as large again as Europe.  Excluding the former USSR, Australia is the only continent entirely occupied by one nation. The landscape has variety – from tortured red desert to lush green rainforest. Geologically, Australia is the oldest continent and is a vast storehouse of the world’s prized minerals and gemstones, including the
famous Black Opal. Australia is the flattest continent with the only mountains being in the southeast, where the
highest peak, Mt. Kosciuszko, rises above 2,200m.

If you are thinking about a trip to Australia, do allow a minimum of 2-3 weeks wherever you decide to go.  There are so many interesting things to do on the land, in or under, the water or in the sky.

You may have heard of the Blue Mountains which are located just outside Sydney.  They are indeed blue mainly due to being densely populated by oil bearing Eucalyptus trees. The atmosphere is filled with finely dispersed droplets of oil, which, in combination with dust particles and water vapour, scatter short-wave length rays of light which are predominantly blue in colour.  Just an interesting little fact that I wanted to share with you.

Australia is a truly amazing place to visit and I would be delighted to assist in planning your very special holiday to this very special destination.